EndoPure's Managing Director Daniela Berardo Dubeux has been involved in the medical cannabis industry since 2013 and was instrumental in the introduction of CBD to Brazil as a therapeutic treatment for neurological disorders and later as an anti inflammatory.
‍
Allen Voigt, CEO is a result driven executive with 25 years of experience in corporate asset based financing, management, marketing and sales with emphasis in IT, Communications and Healthcare industries. Allen has been involved with the development of Pharmaceutical Phyto-Cannabinoid based medicines since 2013.  Allen has held executive level positions from 1980 to 2007 with IBM, AT&T, GE Capital, and CIT.

Our leadership team includes Cidalia Vitorino, Chief Compliance Officer, and Joana Espinha, Technical Director of Manufacturing. Cidalia is a Biological Engineer with 15 years of experience in the pharmaceutical industry in QC laboratory and GMP facility inspections. She has worked closely with European Directorate for the Quality of Medicines and Healthcare.

Joana is a Pharmacist and Chemical Engineer with a wide range of experiences in monitoring of manufacturing processes, registration and marketing procedures with the competent authorities, formulation of protocols and also monitoring of clinical studies.

Franquelim Alves our part-time CFO and Executive Advisor has over 20 years of experience . Franquelim started his career as auditor and Partner Consultant of Ernst & Young Portugal and then became COO and finance director of some of the largest Portuguese corporations listed in the stock market. He was Chariman and CEO of the Portuguese Public Debt Agency, Chairman of the European Grants Authority for Competitiveness in Portugal (Compete) and served twice as Secretary of State for the Economy, Innovation and Competitiveness. He is presently involved in advisory and consulting services in the areas of financial services, restructuring and interim management.

In 2010, Allen became a managing partner serving as CFO and Head of Business Affairs for LeMac Entertainment Group, LLC where he guided the company through its initial startup.

Since 2014, Allen served as General-Hemp’s Corporate consulting Advisor on Brazilian Markets and CannaNative Tribal initiatives through an International marketing company – 1 World Brazil, which he cofounded with 2 Brazilian partner. He also served as the Chief Strategist and Director of HempMeds Brazil, LLC., 1 World Brazil focused on a first and second year market launch of CBD hemp oil extraction as a Natural bio based medicine.

ANVISA provisionally approved the CBD based medicine for individual importation for those who suffer from Epileptic seizures as well as other indications such as Chronic Pain, Alzheimers, Parkinson, MS, Cancer, and Anxiety. The Brazilian CBD market has been conservatively valued to be more than 1 Billion USD. Allen has an acute in-depth knowledge of the Cannabis CBD market in United States, Brazil and globally. The HempMeds project has finished at the end of 2016.

Dr. Muotri earned a BSc in Biological Sciences from the State University of Campinas in 1995 and a Ph.D. in Genetics in 2001 from University of Sao Paulo, in Brazil. He moved to the Salk Institute as Pew Latin America Fellow in 2002 for a postdoctoral training in the fields of neuroscience and stem cell biology.

He has been a Professor at the School of Medicine, University of California in San Diego since 2008. His research focuses on modeling neurological diseases, such as Autism Spectrum Disorders, using human induced pluripotent stem cells. His lab has developed several techniques to culture human neurons and glia for basic research and drug-screening platforms.

Daniela initially lauched her career on the Corporate communications department of Grupo Othon, the most traditional Brazilian hospitality group in Brazil.

Daniela has a strong entrepreneurial spirit and is deeply passionate about building relationships with customers, specially families that make use of our products. Since 2014, Daniela has helped more than 1500 people to have access to CBD in Brazil.

She is considered a pioneer on opening up the market in Brazil and has witnessed all the changes since then on the Brazilian legislation in order to be in that market. Daniela has not only the how-how on the industry, but the optimistic, the high tolerance for risk and the drive to execute at all times.

Daniela is excited by the idea of aggressive challenges and big goals.

Lee Biby is originally from Albuquerque, New Mexico where he earned his degree in Archaeology.

He is a dynamic bi-lingual business professional successful at leading start-up companies toward profitability and improved cash flow.

He is also experienced at developing product-based sales and marketing strategies that strengthen brand positioning in highly competitive environments.

Known as a cross-functional leader and effective communicator, he builds and cultivate steams to consistently exceed client expectations and build strategic alliances.

Based in Colorado, the worlds central hub for Hemp and MMJ production, he has worked in the “Seed to Sale” environment and cultivated many industry relationships. Lees ultimate goal is - “to provide people around the world with the true and measurable medicine they need.”

Cofounding partner, Othon Dubeux graduated with honors as one of the top engineering students from Pontifical Catholic University of Rio de Janeiro, Brazil.

In 2010, Othon along with a few other University fellow graduates, they lauched their first startup – “Hotel Facil”, working in partnership with the U.S based company – Expedia; at a time when online travel agencies were still in their infancy. Just two years later in a continuing pursuit of his entrepreneurial spirit, Othon created another internet business for online education called “Zorboo”. The application platform for Zorboo was focused on sustainable corporate internal training and was precursor to that of online educational offerings such as Lynda and Udemy.

In 2014, Othon co-founded HempMeds Brazil, LLC, a San Diego, CA based company. Othon serving as VP of Operations, guided the venture through its initial online startup and successfully developed strategies to launch a Cannabidiol (CBD) based Hemp Oil product in Brazil; and furthermore winning Global accolades for being the very first Company to enter the Brazilian market with the Company’s flag ship product.

Every human being shares 99% of their DNA with every other human.

If you could type 60 words per minute, eight hours a day, it would take approximately 50 years to type the human genome. 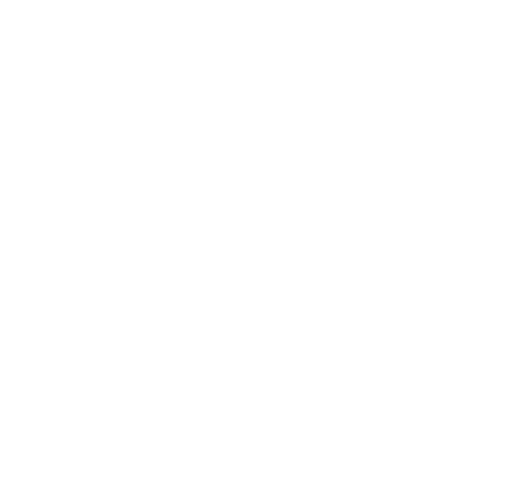